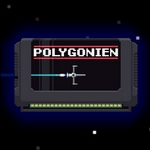 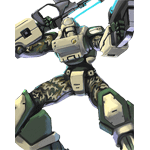 Paperwork! Glorious, glorious paperwork! We've taken on board a superteam of developers to help bring this game to life - Simon Butler (of Ocean Software, Team 17, Atari, Probe), Armen "Adoru" Mardirossian (of Pier Solar and Pier Solar HD), Nathan "freezedream" Stanley, and Matthew Weekes (of Freedom Planet) - who all need plans and designs and tasks and contracts.

Some backing tiers have special requirements that we need to act on immediately - Developer Edition backers need hooking up to our development process, we need to help our Design a Monster backer, well, design a monster, and plans need arranging to have the custom Tanglewood Mega Drive consoles created sooner rather than later.

We need to finalise the level designs, one of the most important parts of any game. We have designs for most of the levels in place, but the feedback we've had from over 1,600 downloaders has been monumentally useful for improving our demo level, and we think some refinements in this area would be advantageous for the rest. We're now in a position where we can rapidly prototype sections of levels and puzzles, making changes and tweaks to perfect the experience and ensure the game is fun to play from beginning to end, so we're going to get it right.
Discussion Forum

We think it's very important that progress of the game's development is communicated to backers and fans. We won't stay quiet on the changes we make or the progress of the game, and we're open to feedback of all kinds throughout development. For all of this and more, we've set up a forum on our website where fans can see news, screenshots and videos, download newer demo builds and discuss anything and everything to do with Tanglewood. We'll continue to be responsive and make sure we are part of the community surrounding the game.

I think it's safe to say that - with only £170 short of our Dreamcast stretch goal - everybody would be disappointed if this failed to come to fruition, especially considering we had to hold off the announcement of the stretch goal until later in the campaign due to a complication.

The shortfall was less than just one Collector's Edition tier, so how about this: we will auction off one extra Collector's Edition of Tanglewood to raise the remainder of the stretch goal, and we'll donate any extra proceeds of that auction to the Special Effect charity for gamers with disabilities.

Tanglewood is coming to SEGA Dreamcast.

By popular request, we will also research into "slacker backer" continued funding options to try and reach the Tanglewood HD stretch goal. We were only made aware of this concept recently so bear with us whilst we figure it out

Hello, wonderful backers!
The admin stage went smoothly; we now have funding and paperwork and contracts and schedules, and we've jumped head first into full production.

Tanglewood's development is split into milestones - the first being the Tech Demo you played during our Kickstarter - so we've now begun Milestone 2. Here's what we're up to:

Address Technical Backlog
During the tech demo stages a lot of our features and tools were fast prototyped to see if things would work and be fun to play. Whilst this got the game up to scratch fairly quickly, the quality of the codebase took a hit by adding experimental code and features. Before adding any more features to the game, we'd like to polish up and improve upon the tech we already have, to ensure it remains stable and flexible for the months to come.

Level 1 Graphics Reworking
With our new artists onboard, we can invest heavily in reworking the quality of the existing levels. We have ideas to optimise the video memory usage which will allow us to add more detail, improve the colour palettes and make the forest seem more dense and populated. We'll also tidy up some of the rough edges

Complete Nymn's Animation Set
A few of Nymn's animations were missing from the tech demo due to time constraints - we'll be adding those in as a priority and make sure they're in full working order before progressing.
Player Speed and Overall Movement Fluidity
During the campaign (and still ongoing!) we asked for feedback on our game at every step of the process. Comments on the player's movement speed were unanimous - Nymn needs to run faster, respond to the controls quicker and feel like a bit more, well, Blast Processed! Unfortunately it's not as simple as nudging a few numbers in the engine - any changes we make to Nymn's running speed or jumping height will have effects that ripple throughout the entire game. Gaps that shouldn't be jumped need widening, branches that shouldn't be reached need raising, collision detection needs retesting to ensure faster objects don't penetrate through walls, the map streaming code needs reinforcing to keep up with demand, and some of the puzzles need redesigning since the timing will change. We also need to ensure the enemies can still catch up with you, Fuzzls don't get lost when rolling them faster, and some animations may need redoing to account for larger step strides.
We're on it! But bear with us. It's a big job.

Prototyping Level 3
Our original design for Level 3 was scrapped due to its complexity, but our first stretch goal secured its return! It's quite a beast, featuring ropes and pulleys, ladders and treehouses, spike pits and deep water and other Djakk traps.There's quite a lot to do, so we're keen to skip Level 2 until later, and get started on this one as soon as possible.

Prototyping New Enemies
The Djakk monsters are big and mean but ultimately not the only threat to our little Nymn. We'll be adding some of the other enemies in and trialling their A.I. behaviour.

Level Data Compression
You may have noticed our tech demo rocks in at a whopping 2 megabytes, and that's due to the level data being uncompressed. With a max cartridge size of 4mb, this won't do! We have some techniques in progress to compress the data (in a way that still allows us to stream the level in on the fly) which were dropped from the tech demo due to stability concerns. This needs putting back in and fixing up ASAP, or we'll be shipping on 4 cartridges, Final Fantasy VII style...

Dreamcast Tech Demo
We've been developing the Dreamcast version alongside the Mega Drive version, and progress has been super smooth! Most of the engine has already been ported, and our new scene converter works great; everything looks consistent with the Mega Drive version, and any graphics or level changes we make from now on apply to both without any additional effort. Once we have the whole tech demo ported, we'll be releasing a disc image for you to get your hands on.

Mega Drive Tech Demo Re-release
Once we've finished Milestone 2, the updated Mega Drive tech demo will be re-released in all its new glory!

Tanglewood HD Stretch Goal
We're still crowd funding over at MegaFounder to try and afford a complete graphics and audio overhaul, in order to release a high definition version of Tanglewood on Dreamcast and modern platforms after the Mega Drive version ships. Please tell your friends and help spread the word!

Yes, we'll ask via a Kickstarter backer survey if people would like to receive the Dreamcast disc instead of a Mega Drive cartridge, although shipping dates will differ.

The Collector's Edition will include one for free.