My apologies for posting in English, but my German is limited to counting to ten or saying "he, she or it"

Some time ago Kiyoshi IKEHARA designed a DCEXT board for which allowed connecting an IDE drive and an ISA card (ie network card) to the Dreamcast, complete with code to run under NetBSD.

I wonder does anyone have or know of anyone with such a board?

I've just updated the a patch to support the DCEXT under NetBSD to the HEAD of the NetBSD tree (-current) : http://sync.absd.org/dreamcast/dcext-current-2012-07-29.diff

To build a version of NetBSD with this patch on a POSIX host (NetBSD, Linux, etc)

Currently the code will unconditionally try to attach the dcext, so it at least makes it very obvious the driver is present...

Booting without the hardware should give you output similar to (image from gxemul): 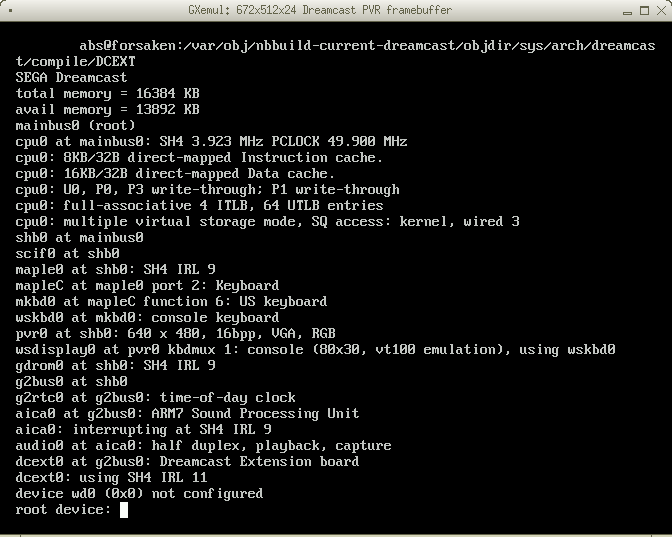